Swindon’s STEAM Museum will be packed out when one of Wiltshire’s biggest career events returns for its sixth year. 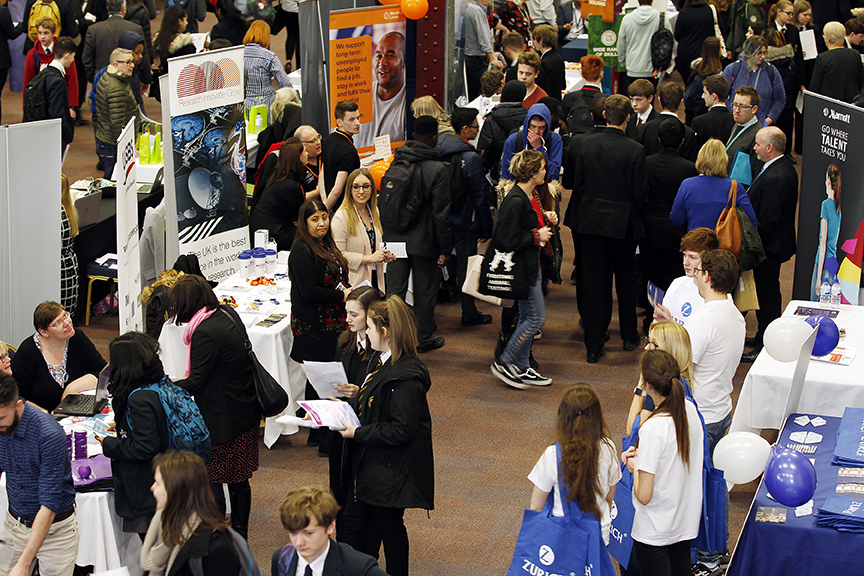 Young jobseekers will be greeted by a host of local businesses at JobFest from a range of different industries including Catalent, Capita, Barclays and National Trust among many others.

The event, which is expected to attract around a thousand young people, will take place at the railway museum on Tuesday, 4 February from 2.30pm until 6pm.

Organised by Swindon Borough Council, it will bring together employers from across Swindon who are offering apprenticeships and employment opportunities in the local area.

JobFest has fast become an important platform for Swindon employers to reach out to local young people and meet their future workforce.

The event, which is sponsored by Catalent and Capita, will inform and engage young people about the apprenticeships and career options available to them in the Swindon area.

JobFest 2020 will also bring together many businesses from a wide range of industries including engineering, social care, hospitality and finance as well as national and local apprenticeship training providers.

Students from secondary schools have been invited earlier in the afternoon while members of the public are welcome to go along from 2.30pm.

Throughout the school session there will be motivational talks from employers and young apprentices. Later on in the day, during the general public session, attendees will have the opportunity to attend drop-in sessions to improve their CV and speak to young apprentices.

Councillor Russell Holland, Swindon Borough Council’s Deputy Leader and the Cabinet Member responsible for education, said: “JobFest is a great way to bring local employers and young people together into one space to have meaningful conversations that could pave the way for future job opportunities.

“This year we want to highlight all the options available to young people, including less traditional, but still highly desirable career pathways, like apprenticeships.

“We would encourage all young people and jobseekers in Swindon and its surrounding areas to come along to JobFest and find their dream career.”

Daniel Busson, Operations Director at Capita Workforce Management, said: “Capita has been lucky enough to have been involved from the start of JobFest and we’ve seen how big the event has grown over the years.

“We use the opportunity to both speak to young people about careers in technology while advertising any apprenticeships we have open at the time.

“Three of our last five apprenticeships have been filled from candidates we met at JobFest!”

This year JobFest coincides with National Apprenticeship Week and local employers will be encouraging attendees to explore all their options, including apprenticeships and training opportunities.