Wiltshire Police are appealing for information regarding the whereabouts of a man from Swindon who is wanted in connection with domestic abuse offences and breaches of police bail. 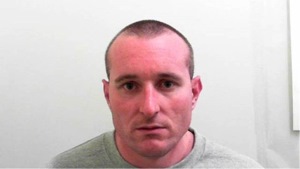 Daniel Robert Murray Healey (32) has not been seen since May 2016 after he was released from custody on bail.

A picture of Daniel Healey is above.

Det Con Melanie Reeves said: “This man has links to areas throughout the south of England, including: Swindon, Cirencester, Stroud, Milton Keynes and Weston-Super-Mare.

“If you do see this man, do not approach him but call 999 immediately and give his exact location, direction of travel, description of clothing and any items he is carrying.”

Anyone with information regarding Daniel Healey should call Wiltshire Police on 101 and ask for DC Melanie Reeves of the Swindon Domestic Abuse Investigation Team or, if you wish to remain anonymous, please call Crimestoppers on 0800 555 111.”

Toptracer proving ‘a hit’ at Basset Down Golf Complex

Road closures for Swindon Half Marathon