There has always been an air of excitement amongst Manchester United’s large fanbase surrounding Scott McTominay since he broke into the senior set up back in the 2016-17 season. 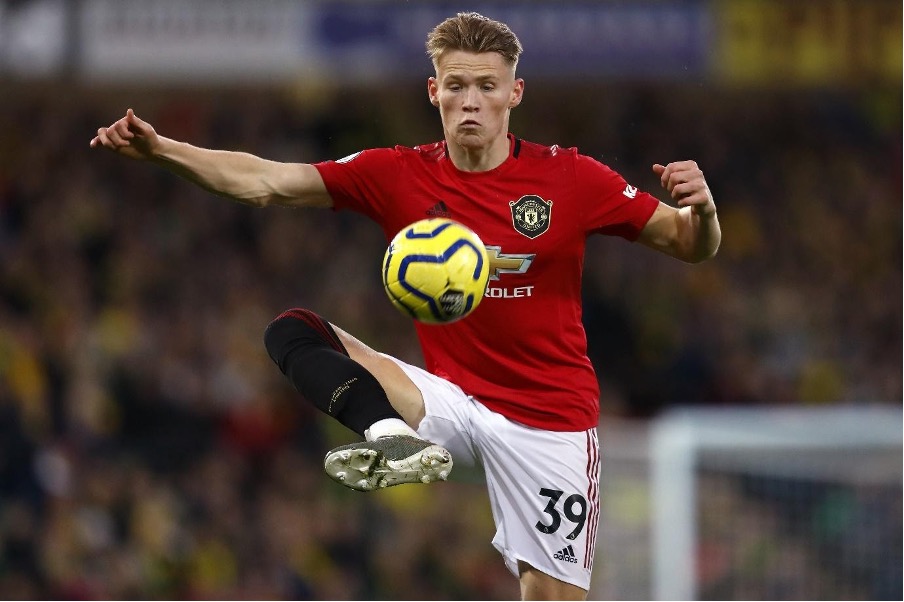 However, looking back at his first proper two seasons with the first team squad, there has always been a sense that the young Scottish international had more to give.

This season, however, ‘McSauce’, as he known amongst the Red Devils’ faithful, is leaving no stone unturned and he is playing with such authority that not many 24-year-olds in the Premier League, or the footballing world, can match.

His recent extra-time winner against West Ham, a well taken volley in the Hammers’ busy penalty area, in the fifth round of the FA Cup, which Manchester United are now amongst the favourites to win with this online betting site, was just another fantastic strike to add to his wealthy collection of goals this season.

His stab in the dark to break the deadlock against the east Londoners after 97 minutes of gruelling cup football at Old Trafford was his third goal in just seven days, after his header fired Manchester United into a 3-2 goal lead against Everton, whilst he also got in on the act against Southampton as the Red Devils ran out 9-0 winners.

With seven goals to his name this season, the midfielder needs just one more strike to match his career tally from the last two seasons (8) and he boasts more goals than Paul Pogba, Nemanja Matić, Fred and Donny van de Beek combined.

Not bad considering those four midfielders cost the club over £210 million, while he came through the youth ranks.

The stats are incredible given that McTominay is deployed to help out more defensively than offensively.

In fact, if you’re still not impressed with the 24-year-old, it’s worth noting that he is now Man United’s third-top scorer this season behind only Bruno Fernandes and Marcus Rashford, whilst strikers Edinson Cavani and Anthony Martial share the same amount of goals.

“Generally speaking, he’s never going to steal the headlines, he’s not that type of player,” talkSPORT’s Jason Cundy said after his effective cameo from the bench against West Ham.

“But what he does do, he’s got good energy, he puts his foot in, he’s mobile, he’s got a big physical presence and wherever I’ve seen him play I’ve always thought, ‘he’s decent’. And

I think he’s important to United, I really do. He’s more mobile than Matić and you can see that Ole Gunnar Solskjær does actually trust him.”

The likes of Pogba, Rashford and Fernandes stealing the limelight from McTominay isn’t necessarily a bad thing. It gives the 24-year-old the chance to go under the radar and go about his business without the added pressure.

But when he does have a purple patch like the one he is having now, he makes fans and pundits alike sit up and take notice, and even if he does go another eight or nine games without a goal then it won’t be a big issue or media frenzy as it’s not his main role in the squad.

Man United should look at McTominay like a prized asset now. It is rare to have a defensive midfielder with such an eye for goal, and in the coming seasons he could be the key to the Red Devil’s starting to challenge on all fronts again. Who knows, maybe he could even captain them to said glory!

How does Patrick Mahomes bounce back from poor Super Bowl LV performance?

How does Patrick Mahomes bounce back from poor Super Bowl LV...