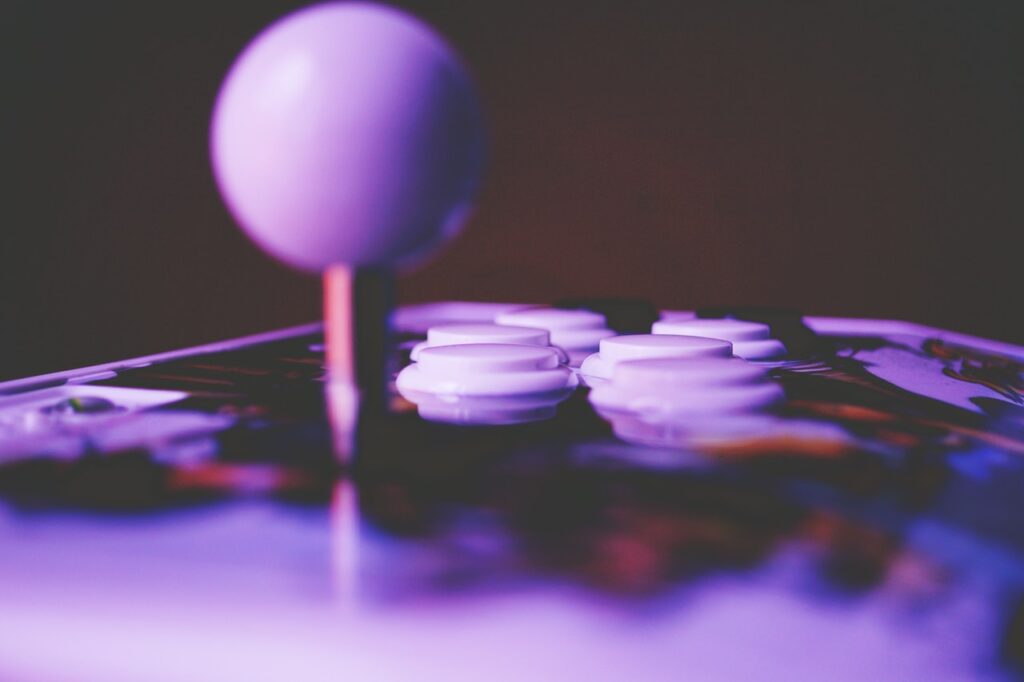 This passion for old-school video consoles and nostalgic casino slot games has been driven by two groups: older players keen for a nostalgic trip down memory lane and young players looking for a pure gaming experience while discovering the roots of modern consoles and video slots.

What Makes a Retro Game?

One of the big questions today is: what is a retro game? Some titles straddle the divide between the retro and modern gaming worlds.

For example, the Rainbow Riches slots casino game started life on pub fruit machines nearly 20 years ago but it is now one of the most popular online slots of all time. The fact it is still going strong probably discounts it as a retro game but is certainly retains the feel of the classic casino slots of days gone by.

It’s probably easier to class a retro game as one that is no longer available in a modern format or has been re-released or re-imagined in different formats many years after the original.

Retro games can include arcade machines, table games, handheld device, consoles or PC games. Big name manufacturers such as a Nintendo have been cashing in on the craze releasing limited edition versions of their old consoles, such as the SNES Classic Mini, with dozens of favourite games built-in.

However, true aficionados are seeking out original consoles and games to play either by purchasing them from retro suppliers or by visiting one of the many retro gaming centres or cafes that have started popping up all over the country.

Fans of retro gaming in Swindon are lucky to have their own source of all things classic in the form of the Retro Games HQ which is part of the much-loved Holmes Music store on Farringdon Road.

There you’ll find consoles, games, instruction manuals and a playing area where you can try your hand at old-school arcade titles such as Defender, Space Invaders and Pac-Man.

The store (previously known as Fantasia Consoles) has been in the gaming business since the 1980s so it’s fair to say, they know their stuff.

If casino-style games and retro slots are more your thing, Buzz Bingo slots room on Garrard Way is packed full of old school slots such as Solid Gold, Hot to Drop and the aforementioned Rainbow Riches.

The Longevity of Retro Favourites

The craze for retro games has extended the longevity of some of the most famous titles and video game characters.

For example, Pac-Man first appeared as an arcade game in July 1980 and is still going strong. The latest offering, Pac-Man 99 was released on the Nintendo Switch in April 2021 – that’s 40 years and nine months after the original.

Likewise, Mario first popped up on the Donkey Kong arcade game in 1981 and also features in 2021’s Mario Golf: Super Rush. However, it has been officially announced that he no longer works as a plumber, having saved up enough gold coins to quit.

The craze for retro gaming and nostalgic casino slot themes is all part of a wider trend. Vinyl records and retro Hi-Fi equipment have also made a comeback, and the demand for vintage clothing and retro-style furniture is also huge.

As a society, we enjoy the best that modern technology can offer us but we also recognise that some things may have been left behind too soon, and we feel it is our duty to give them a new lease of life before we declare game over for good.

Why forex trading is not just a nine-to-five job

How to Win More When Playing Online Slots

A Guide to Making A Smaller Kitchen Look Nice & Bright

How to Organise Your Garage Space

WIN: 3 Personal Training sessions worth £100 at the Oasis Leisure...