When people think of the modern internet, their attention is often drawn to social media platforms such as Facebook and Instagram. 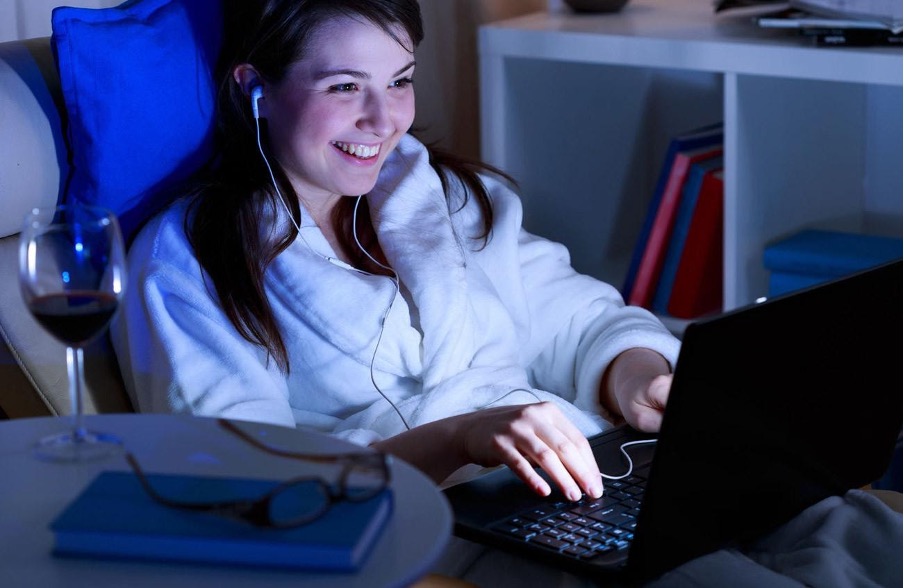 However, there was a time not too long ago where services of that nature were just a figment of someone’s vivid imagination.

Over the years, the internet has provided people with a variety of different ways to communicate with friends, family or even complete strangers.

Chat rooms were undoubtedly one of the biggest online phenomena back in the 1990s and they have remained a staple part of the internet since then.

Much like many other forms of technology, chat rooms have not only evolved massively but they are also now used in ways that were previously thought impossible.

Read on as we look at how some online platforms have successfully implemented chat rooms for users in the 21st century.

One of the most effective uses of the tech can be seen in bingo chat room services, with all of the leading operators incorporating this functionality into their sites.

In simple terms, a chat room is generally a pop-up box where bingo players can interact with other members of the site or the moderator.

There is strong communal feeling to bingo chat rooms, which strives to replicate the social element of playing this iconic game in land-based venues.

The chat room host oversees proceedings, welcoming all the players – or roomies – as they enter and leave the room.

The also play special chat games, giving players the opportunity to win additional prizes outside of what is on available in the bingo game itself.

They are also there to answer any queries from the players, or settle disputes if any of the members step out of line.

However, bingo chat rooms tend to be a friendly place to be, with the majority of players always willing to interact with others.

The rooms are a great way to meet up with friends and family, or forge new friendships with like-minded people in a welcoming environment.

Chatroulette first surfaced just over a decade ago, booming in popularity before being hijacked by people sharing a barrage of inappropriate content.

The platform has made a comeback over the past few months, with artificial intelligence tech being used to help filter the most tasteless images.

Chatroulette, which randomly pairs strangers for video chats, currently has around four million monthly unique visitors and more have been tipped to join the party.

Founder and chairman Andrey Ternovskiy’s vision for the platform was to provide users with a diverse platform that would create ‘happy human connections’.

During 2020, Chatroulette teamed up with San Francisco-based Hive, an AI specialist whose software has been used to moderate content on Reddit and Yubo.

Hive has since processed more than 600 million frames of Chatroulette video and has helped to reduce the number of conversations with inappropriate content by 75 percent.

Chatroulette has also utilised another AI technology – optical character recognition – to block and ban spammers on the site.

Ternovskiy’s ultimate aim is to create incentives for visitors to behave in a positive manner, and he hopes to eventually develop a regulated community built on valued exchange.

Another excellent example of chat rooms in operation is Reddit, which allows for their creation so members can hold community-related conversations.

Communities are designed to provide public information about a topic that will attract more users who will then generate additional content.

By adding a real-time chat function into the community, users are able to chat about their particular interest within a hugely familiar environment.

For the community as a whole, these chats are more beneficial as they are not being conducted outside the bounds of Reddit.

With members staying within their chosen community to chat, engagement and user retention rates are much higher.

It has been known for some users to migrate to other platforms such as Slack to continue their chats, and this dilutes the conversation on Reddit.

Opening a chat room helps the community be the main place where members can express their thoughts, ask questions for other users to answer or publish searchable content.

While privacy is seen as an issue for some communities – such as health research or sexuality groups – Reddit chat rooms ensure that this is not an issue.

The next ‘big thing’ in chatrooms could well be Clubhouse, with the likes of Elon Musk and Mark Zuckerberg already endorsing the new platform.

Launched less than a year ago and still in its beta stage, Clubhouse has already been valued at $1 billion and has around three million members.

Founded by entrepreneurs Paul Davison and former Google engineer Rohan Seth, the company has attracted an impressive array of investors.

The service is an invite-only audio chat social networking app that currently can only be accessed on iPhones, but there are plans to roll it out onto Android devices.

Once a user receives their initial invite, they can sign-up to follow individuals or topics that are of interest to them.

There are discussions in rooms about a massive variety of topics, with attendees able to ask questions or make contributions of their own.

Users can also set up private rooms for discussions with other members, wherever they are located in the world.

Community guidelines have been implemented that all Clubhouse members must abide by, and it appears to have remained a positive place thus far.

Davison has confirmed that the platform aims to be a service where people will be able to access exclusive information that will not be available to non-subscribers.

“There’s so many incredible people who are smart, who are funny, who have domain expertise, who are really just great at bringing people together,” Davison said in a ‘Squawk Box’ interview.

“And what we want to allow them to do is to make a living directly on Clubhouse through things like subscriptions and ticketed events and receiving tips from listeners who are happy to pay them directly for the experiences that they’re creating for them.”

What Taxi Firms Are Doing to Protect Passengers from COVID-19

How to Save Money Whilst at University?

How an Addiction Rehabilitation Clinic Can Make an Impact on Society

How to Track Down the Best Designer Goods