As of 01 March 2017, the penalties for motorists who use their mobile phone whilst driving will double to a £200 fine and 6 penalty points on their licence. 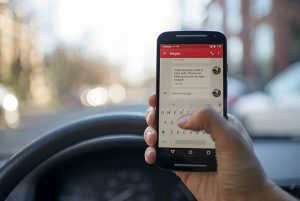 Tri Force Roads Policing Inspector Mark Whitfield said “Using mobile phones is one of the most dangerous behaviours for motorists. It puts drivers, passengers and other road users at risk of death or serious harm.

“To reflect this, the Penalty for mobile phone use changes on 1 March to a £200 fine and 6 points.”

“We want to keep our roads safe but drivers also need to take responsibility for their behaviour behind the wheel and exert some social pressure on family and friends who take this risk.”

National Police Chiefs’ Council Lead for Roads Policing, Chief Constable Suzette Davenport said: “These new penalties reflect the seriousness of the offence and will strengthen the deterrent against using a mobile phone at the wheel. We need people to understand that this is not a minor offence that they can get away with.

“Across this week officers will continue to use innovative and intelligence-led tactics to catch and penalise people who are driving while distracted by a mobile phone. However, this is an attitudinal problem that we cannot simply enforce away by putting more officers on the roads.

“This issue has to begin with personal responsibility by drivers. We know that people are more likely to report other drivers using a phone than to view themselves as guilty of it. That has to change.

“Tougher penalties are a step in the right direction, but police forces and partners are working this week to make it socially unacceptable to use a mobile phone at the wheel. It’s about more than what you might have to pay as a penalty – you could hurt or kill an innocent person on the roads by checking a text or taking a call.

“Don’t do it – and don’t let others take the risk either.”

530,000 meals claimed in Swindon and Wiltshire via Eat Out to Help Out scheme

5 EdTech Features to Use This Term